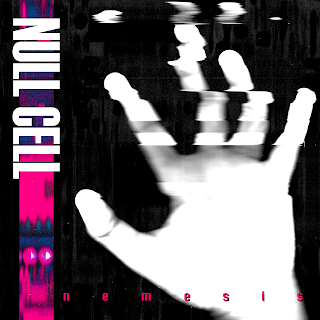 What gears/software did you use for Nemesis ?

I make everything in FL Studio, and record samples and vocals in Audacity. For synths I use a lot of Sytrus, Harmor/Harmless, Toxic Biohazard, GMS (all included with FL Studio), and Dexed which is a software recreation of the DX7. I'm not really that big in to hardware just because I can't really afford it right now, so all I use is a Panda Mini USB midi keyboard, a Blue Snowball USB microphone, and then just my PC.

My setup really hasn't changed in the last 3 or so years to be honest, although I want to expand especially with hardware synths and things like that.

I use lots of presets for synths especially, both ones that are pre-installed and also ones that I've made. I usually don't just use them as-is though, but it saves some time if I want to make a particular sound and I know I already have something similar I can start with.

My favorite VST synths to make sounds on are Harmless and GMS in FL Studio. I also like manipulating samples in to keyboard instruments.

The majority of the time, I start with drums and percussion, then go to basslines, leads, etc. Sometimes I already have a riff in mind and I'll start with that, but it isn't super often. I almost always record vocals as the final step.

I mix everything gradually as I'm making it in the DAW. Mastering isn't really a separate step either, I just use the same master preset I've used since mid 2019 (although I might start experimenting with different methods for the next album).

The most frustrating step for me is listening on speakers, because EQ usually affects that much more than in headphones. 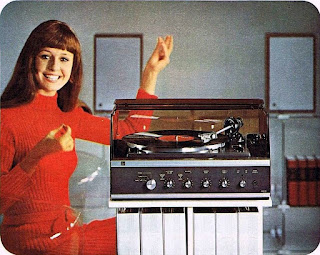 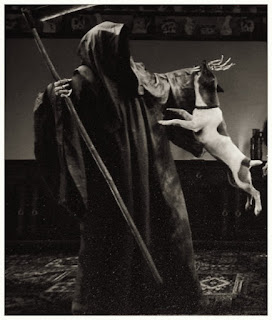 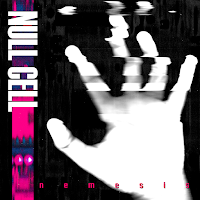 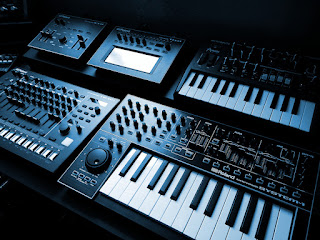 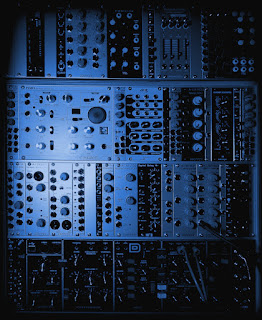 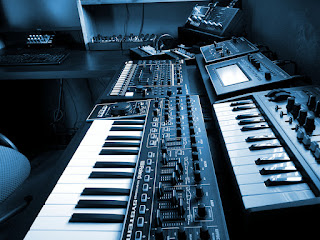 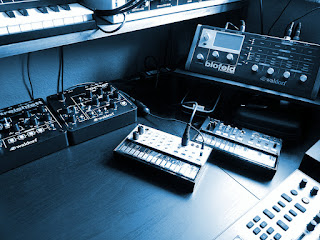 What gears/software did you use for Apparent Movement ?

I've used Magix Samplitue Music Studio (64 Bit) and some free VST for recording, mixing and mastering.
Most of the efffects as reverb, delay and chorus are free VSTs
The audio interface is a Behringer UMC1820

Synths and drums are all hardware gear.
In general I use full modular, semi modular and non-modular synths

On this album I have used mostly the Roland TB-3, Arturia Microbrute and Waldorf Rocket for baselines.
Almost everything else except for samples and drums is done by modules, the Berhinger Model D, and the Twisted Electrons Therapkid
Samples are performed with the Bastl Microgranny and the drums are mostly performed with the Roland TR-8s. Some drumsounds are even produced by modules.
My vocals are processed by a Roland VT-3 but most of the vocals on this record are coming from Plogue Alter Ego, a very good vocal synthesizer.

Hard to say. It really depends on the purpose.

If I'm in the mood to do some 80s stuff, I prefer the Roland JP-08 and a VST that's called VPROM which is an excellent Linn LM1 emulation.
If I'm feeling for Acid or Techno it would rather be the Roland TB-3 and the Roland TR-8s.
If I'm in the mood for Krafterk, it is the Behringer Model D.
For EBM sounds I use the Arturia Microbrute, the Waldorf Blofeld and the Volca FM.

But I can't say, which of the devices would be my one and only favorite.

I use only presets of my Waldorf Blofeld, because there are 1000 very good sounds and the device is not simple to programm, and I use tweaked presets of the Roland TB-3.

Yes, since I use a lot of eurorack modules, most of the sounds are unique and patched particulary for one single recording.
I did a lot of sound design on the Roland System-1 , the Therapkid and the Roland JP-08. They are made for designing sounds.
Most of the time I enjoy designing a sound even much more than composing a melodie.

When I bought my first synth, it wasn't really planned that way. Yes, I was a total fan of electronic music and at that time I listened mostly to Human League, Depeche Mode, New Order, Kraftwerk, Yello and the first stuff by Front 242 and Cassandra Complex.
And I had a Casio SK-1 sampling keyboard that I borrowed from my cousin. Basically, I was already very familiar with keys through grandpa's piano and dad's self-built Böhm organ, and on the Commodore C64 I programmed electronic music on Chris Hülsbeck's sound monitor.
But owning a real synthesiser, the thought was unimaginable for me as a sixteen-year-old.
I wanted to go on holiday to Spain in the summer with two mates. A tour like that for teenagers. I needed money for that and did a holiday job. During that time I lived with my father, who had a few keyboard magazines lying around.
I read up on the basics and discovered in the ads that used synths weren't that expensive.
In short, I didn't go to Spain with the boys, but bought a used Korg Poly 800 for the money I had earned.
At that time (April 1988), it was the cheapest polyphonic and MIDI-capable synth you could get. I still have it today.

It usually starts with a sound. I often make a sound and try it out to see how it sounds best. That often ends up in an intro or a bass line.
Then a basic rhythm is added. I then compose the melody to match the bass line. Then comes the fine-tuning of the rhythm and the "ear-candy".
The vocals always come at the end. Often I have a whole bunch of finished instrumental tracks ready, but I can't think of any lyrics.

Over the last few years I've been using more modular synths. It's difficult and tedious to reconstruct the sounds you've patched with 30 cables.
So I record the sounds as soon as I think the track is ready. Therefore, many tracks are unique in sound.
It used to be different, I would arrange and save the whole song and then record it at the end. I used to finish a piece before I started a new one. That was not very productive.

Today, I tinker with something until I can't think of anything else and then start something new or continue with an older piece. That's much more efficient.

The sound sources are all hardware. Except for the virtual Linn LM-1, but that will also be replaced by hardware as soon as Behringer has brought its Linndrum clone onto the market.
I record all instruments dry. Even those that have an effects unit built in.
The respective effects are then added in the DAW. This is especially important for vocals. I have several multi-effect units for vocals when I perform live with the band, but I only record dry.
That's important to me, because I want to be as flexible as possible when it comes to post-processing.
First of all, I always follow the same workflow:


Particularly time-consuming tasks such as readjusting MIDI latencies and trimming the tracks, or cutting out the silence, are annoying.
Also, when I work with my vocal recordings, it is often frustrating. I speak the S very sharply. And I often have to manually rework that in the recordings. I haven't yet found a decent de-esser that does it better than when I do it myself by hand.
Then there is another creative part in the DAW, concerning the use of effects. Sometimes I also cut away parts of the tracks or discard them completely.

I actually enjoy the work of the producer and the sound designer more than that of the musician. That's why I've also done a lot of remixes for other bands. But I also enjoy being on stage as a frontman and singer.


Finally comes the final mix and then the mastering. What many people might notice: I don't participate in the loudness war. I always mix with a lot of dynamics and headroom.

I'm still old school in that respect. But that's also because I myself quickly tire of modern mixed tracks that are driven to the ceiling of the limiter.

I often used to have the problem that a track sounded good on my monitor (M-Audio BX8), but in the car there were always some buzzing frequencies. I never found out where it was coming from.
The system I have in the car is very high quality. I read technical literature for high three-figure sums and couldn't figure it out. Until I came across a podcast on YouTube that dealt with the subject of resonant frequencies.
That was the illumination. All the technical literature clearly addressed this topic, but I never realised that this was exactly the problem I was looking for. So technical literature, no matter how expensive, is often bare theory.
It is important to know it, but it is better to work with practical experience. Because each piece is individual and needs individual treatment. There is no all-round recipe. But books often tell you: it only works this way.

It's really worth the time to look at what youtubers teach in terms of practical experience. 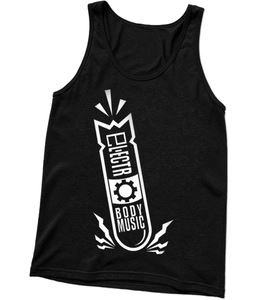 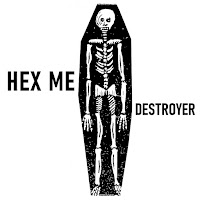 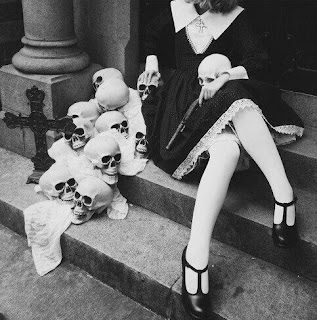 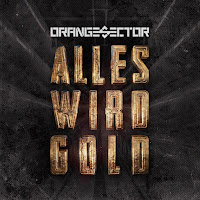 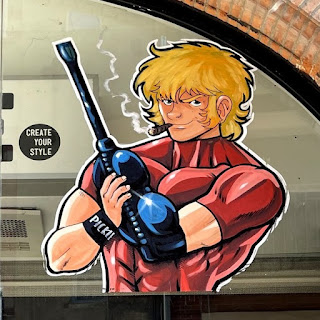 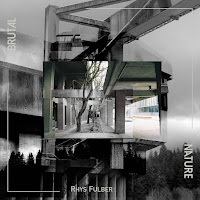