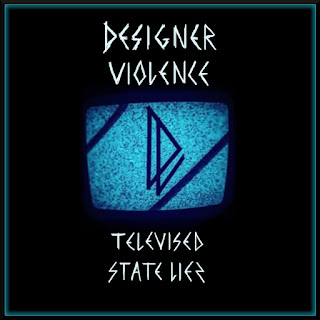 Today we open a new section in Electraumatisme blog where we let band members talk on a purely technical side about the releases we praise here in the podcast.

So we will speak about synths, softwares, production and arrangement methods, we will discover how the music we love is being cooked.

Designer Violence kicks it off with an impressive amount of details on the ingredients it took them to release their furious queer-indus Television State Lies.
A warm and big kudo to Gaya and Nina for the time they spend to answer these questions.

We used a bunch of different gear and software in the production of this EP, primarily based around a hardware setup. The mixing was done in the DAW PreSonus Studio One 4 while the recording was done through the PreSonus StudioLive AR16 USB mixer-interface.

Nina’s favorite piece in the studio has to be the Akai S-1000 for its ease of use, she also loves the Ensoniq Mirage ran through a distortion pedal for its extreme grit and the E-mu Emax 2 for its classic Industrial sound. Tessa’s favorite piece is the Dave Smith Pro 2 for the ease of building a new, impactful sound as well as its brilliant arpeggiator that’s able to beat sync seamlessly with the other gear.

We started out with a fairly small setup, with a small assortment of synths and some drum machines. This setup was located in the front room of our house, but we quickly realised this was too small as the collection grew and it lacked soundproofing. In 2019, we moved the studio to the garage with some outside help, which transformed the back of the garage into a studio space. This is where we wrote, produced and mixed the majority of When Beauty Expires and the entirety of Televised State Lies. We originally also had an Atari 1040STF computer, which we have since replaced with an Atari Mega4 ST computer for use in sequencing some of the songs involving the Akai S-1000.

Yes. The synth track on Not Dead Yet was Nina playing a Blofeld and a Prophet 12 at the same time using midi, both set to tweaked presets. We don’t use presets on the drum sounds though, all drums are homemade and home-recorded. Most of our bass sounds, especially the FM bass sounds, however, are presets from the Yamaha Reface DX, which can be heard on Not Dead Yet, Revolution and Total State Terror, while the bass on Illuminate is a slightly tweaked and processed Evolver preset.

Yes, on every synth and sampler we have we’ve been designing our own sounds. Designing our own sounds is integral, even with presets we try to tweak them as much as we can before considering using them. Tessa, for instance, designed the main synth lead and melody sounds from Revolution, as well as the melody sound on Total State Terror as well as the bass, arpeggio, choir and melodic pad from Head Trauma etc. Most drum sounds as well as most non-melodic samples were homemade from a variety of different sources and processed in wildly different ways.

Years ago, when Nina was just learning to play the guitar, she was a huge fan of Depeche Mode, and wanted to know everything about what gear they used in the studio. She watched a bunch of videos about Depeche Mode and came across a video featuring Alan Wilder sitting with an Emulator 2 and speaking about how the sampler could record every sound imaginable, and that video inspired Nina to start her journey with synthesizers and samplers. We already have an Emax 2 keyboard but really want an Emulator 2 someday.

This depends very much on the song. Not Dead Yet was composed in one long session using analog triggers to create a bassline on the Moog with its arpeggiator, and then building a rhythm and additional elements around that. Total State Terror, Illuminate and Revolution were all composed pretty spontaneously using a sample or two Nina had stored in the Mirage processed through a distortion pedal. The gritty sound, combined with a sequencer from the Atari and drums from the Akai S-1000, helped inspire us to create those songs pretty much in one go.

With Not Dead Yet, the structure gradually came together, while the other tracks structures were written on the spot, with us sometimes adding additional elements later on (in the case of Illuminate and Total State Terror). Liminal was a jam Nina did on the Ensoniq EPS Classic and the Moog Sub37, with the Moog providing a steady pulse and the EPS providing the weird distorted “screaming” sound. The rest of the track was later improvised over the top. Head Trauma was first jammed out multiple times before we decided on which elements to add where and how the structure would be. The main bass in that track is another trigger pulse bassline while the pulsating faster bass track is a Pro 2’s arpeggiator played by Tessa over the top of the already recorded track, as is the final arpeggio that comes up in the track’s crescendo.

Most mixing involving compressors and EQ is done in the box. Special effects such as gated reverb, pitch shifting and many of the delays were done out of the box with the Yamaha REX-50 and Elektron Machinedrum being used for gated reverb and the Machinedrum for additional delay processing on some tracks. All vocal processing went through an analog Inkel mixer first with the gain set at the edge of breakup, so the vocal would only distort when we would scream. This was then sent via an aux on our main mixer/interface through the Machinedrum for dub-style rhythmic delays that we could modulate and send into oscillation if we so desired, which was then sent through the Roland SP-404 for additional vocal processing such as chorus and pitch shifting to give the vocal depth. All EQ after that was applied in the DAW.

The most painful step has to be getting started. Ideas usually come up pretty spontaneously with samples and other stuff but before we get to that point we must build up a pretty large library of samples, primarily drum samples in the Akai S-1000, and then assigning those samples to different outputs and keygroups in the S-1000 to make sure everything works alright. Either that, or we have to set up a sample set in the Korg ESX and make sure everything is panned right, effected right, etc. The most enjoyable step happens after the drum library has been set up and usually happens when the “magic” is happening and the sounds are coming together into a greater whole. Another thing we really enjoy is recording long collage-style pieces of sound that we can overlay on the songs to further reinforce the atmosphere and grit using our Yamaha MT-4X. Sometimes, these tape pieces inspire whole songs in their own right.

Never be afraid to break a rule or break some boundaries when you’re sampling. If something sounds good, use it, and if it doesn’t and you can’t make it sound good, then leave it for later. Even if you don’t like an idea, try to keep it around and maybe re-use that idea in a different song when the time comes. Consider setting limitations for yourself either by actually forcing yourself to only use a few pieces of gear or by using older gear with limitations that forces you to work around those limitations and get creative with them. There’s nothing worse than having an entire library of samples and being overwhelmed with the amount of choice.

You can find us via: 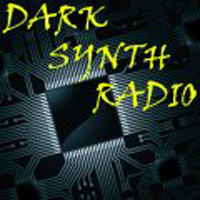 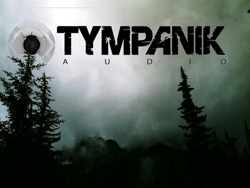